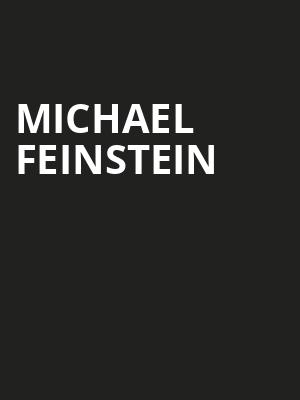 We can only reflect on Garland's remarkable career and think, "That's entertainment."

The King of the American songbook

Michael Feinstein, the multi-platinum-selling, five-time Grammy-nominated entertainer dubbed "The Ambassador of the Great American Songbook," is considered one of the world's foremost interpreters of American standards, especially for Irving Berlin's work. His 200-plus shows a year have included performances at Carnegie Hall, Sydney Opera House and the Hollywood Bowl as well as the White House and Buckingham Palace in London.

Coming from an innately performing arts family (his father was a tap dancer and mother a singer), perhaps it is no surprise that Michael was destined for a life in the spotlight. Having learnt to play the piano at the tender age of five, he often invoked the ire of his music tutor, preferring to play by ear rather than follow the sheet music! Working in piano bars following high school, he came to the notice of Ira Gershwin in 1977 after being introduced by the widow of concert pianist Oscar Levant. Asked to catalogue Gershwin's entire musical collection of sheet music and phonograph records, importantly preserving the entire Gershwin legacy for generations to come!

Nice to support the theater and so great he came all the way down to our... more

Tonight was the 3rd time we've seen him at the McCallum and this was such... more

Sound good to you? Share this page on social media and let your friends know about Michael Feinstein at Dreyfoos Concert Hall.